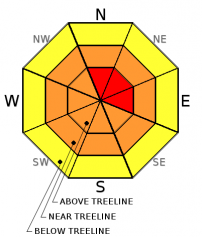 Recent natural, snowmobile and skier avalanches have been observed with the recent storm since Thursday in the forecast area.  Some areas are more reactive than others but we have consistent persistant weak layers in the snowpack across the board.  New storm snow has been reactive 1-2 feet deep with potential to trigger weak layers deeper in the pack.

Recent natural, snowmobile and skier avalanches have been observed with the recent storm since Thursday in the forecast area.  Some areas are more reactive than others but we have consistent persistant weak layers in the snowpack across the board.  New storm snow has been reactive 1-2 feet deep with potential to trigger weak layers deeper in the pack.

With over 2' of storm snow since Thursday in the mountains and some breezy winds, we are seeing frequent releases on top of last weekends storm snow interface which is still reactive and expected to be for most of the outlook through Sunday with the increasing snow accumulations, temperatures on the rise and breezy conditions.

There are numerous persistent weak layers within the pack with the upper 2 meters being the primary concern.  This is all ontop of the Thanksgiving crust which is a prime bed surface for large destructive slides.  The slabs above this crust could slide on the crust with a primary trigger on the upper storm snow that rattles and disturbes the deeper slabs which then could go big.  This is unlikely but the consequences are huge.

With around 9 feet of snow in the mountains, near the Thanksgiving ice crust (1.5 feet from the ground) and to the ground there are some basal facets and facets surrounding the ice crust as it breaks down forming a sugarlike looseness (4 finger hardness) that is beneath meters of snow that is more dense with a pencil hardness.  One should monitor the crust layers that may become weaker over time. 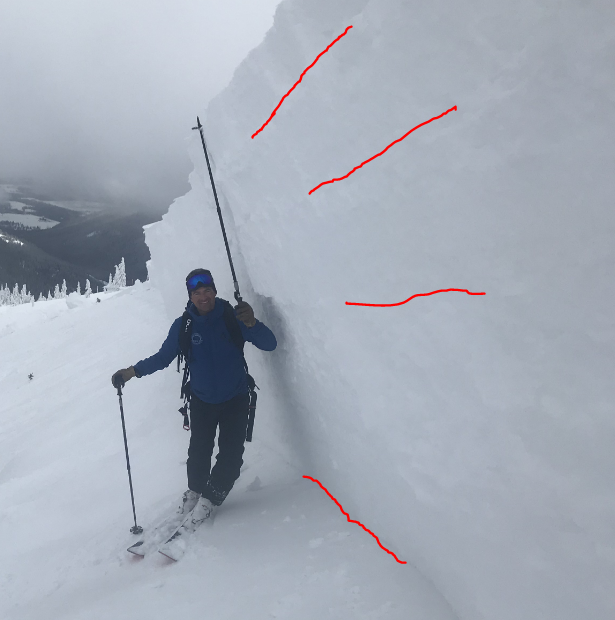 The past few days in the Selkirks from the southern areas north to Roman Nose Lakes we have seen natural avalanche activity and snowmobile triggered avalanches fracturing 200 feet.  Schweitzer had a significant slide triggered by explosives in control operations that ran beyond Colburn Lake on the Thanksgiving crust.  Other naturals and snowmobile triggered releases have been seen in the upper 2 feet in the storm snow interface between last weekends storm and the recent storms since Wednesday night.  Melissa observed some recent activity in the Lake Elsie are in the upper Big Creek drainage in the Silver Valley as well.  There has been a lot of rapid loading to the pack with many weak layers within.

Schweitzer picked up an additional 4 inches of snow last night with temperatures in the mid 20's while Bear mountain snotel is showing 6 additional inches overnight.  Expect a bit of new snow with some breezy conditions and warming daytime temperatures as we get into the weekend.
Weather observations from the Region
Disclaimer