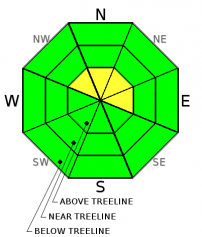 There is potential to trigger deep weak layers on north aspects above 6,000', this potential is more prevalant in the Purcell Range. There are also large and unpredictable cornices looming above northeast aspects that should be avoided as the recent warm temperatures have caused them to weaken over the past weak.  Continue to pay attention to the weather as any rapid warming or sunshine will increase the likelihood of avalanches.

There is potential to trigger deep weak layers on north aspects above 6,000', this potential is more prevalant in the Purcell Range. There are also large and unpredictable cornices looming above northeast aspects that should be avoided as the recent warm temperatures have caused them to weaken over the past weak.  Continue to pay attention to the weather as any rapid warming or sunshine will increase the likelihood of avalanches.

There is still some potential to trigger the weak layer resting on the February 4th rain crust on northerly aspects above 6,000'. This problem is primarily a concern in the thinner snowpack of the Purcell Range where it can be found 32" or deeper below the surface. Triggering this layer would take alot of force but it will produce large avalanches if triggered, such a trigger would include a breaking cornice (see Erics write-up for the Panhandle) or a snowmobile hitting a thin spot in the snowpack. Continue to use caution on steep northerly aspects above this elevation. There is also a layer of buried surface hoar lurking 8" below the surface in sheltered locations on these same aspects. Stability tests are showing that it is unlikely to propagate but it is worth paying attention to as it may be reactive in isolated locations. 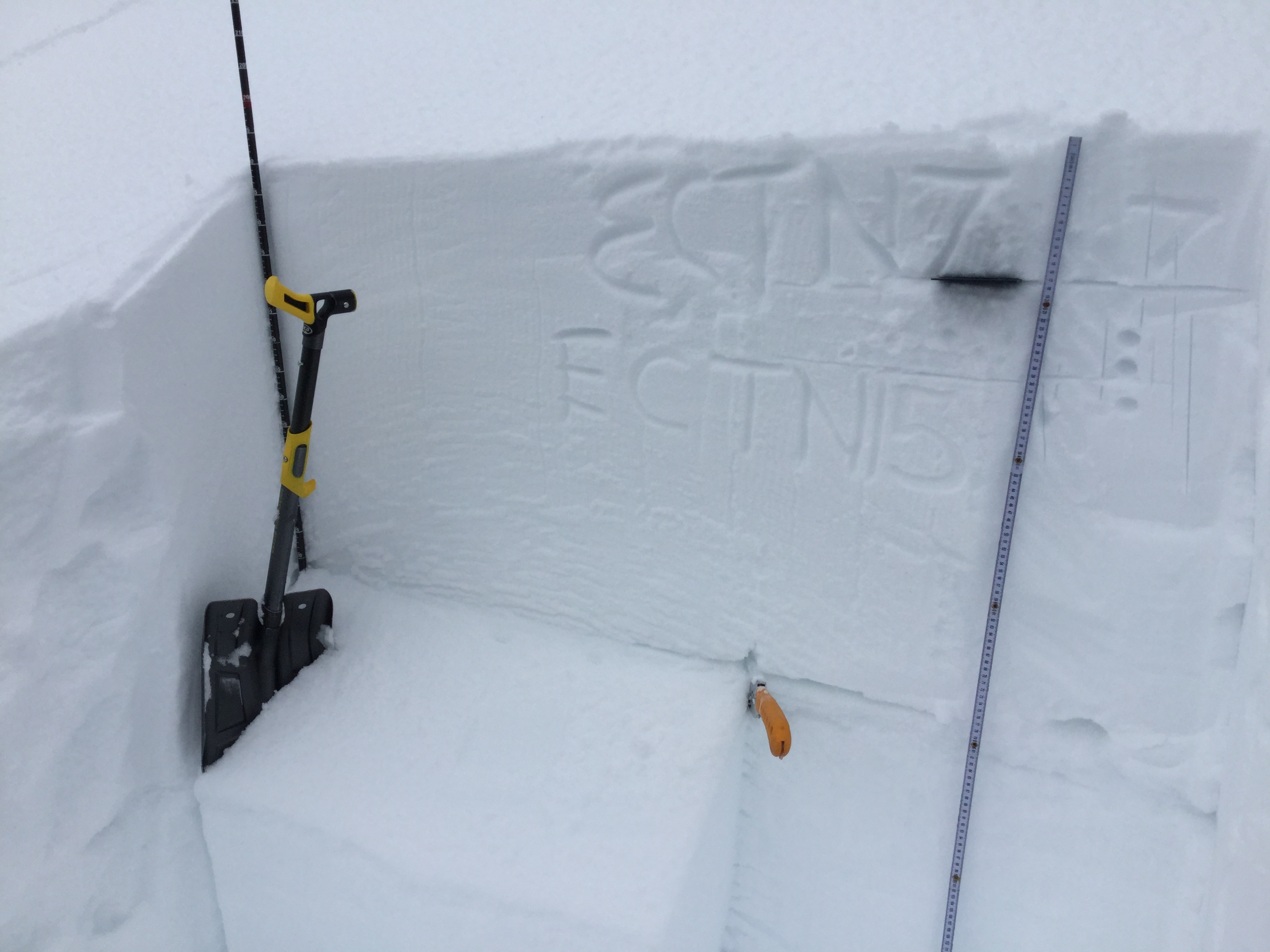 Large cornices are precariously perched on the ridgelines above treeline on northeasterly aspects. The recent warm temperatures are causing these features to slowly pull away and break. There is no crystal ball to tell us when they will fail; but, they are fairly easy to avoid. Avoid being underneath them on warm days and pay attention to where you are when travelling on ridgeline features. A cornice break right now has the potential to trigger the deeper weak layers on north aspects and create a large slide as was observed on Jeru Peak in the Panhandle. 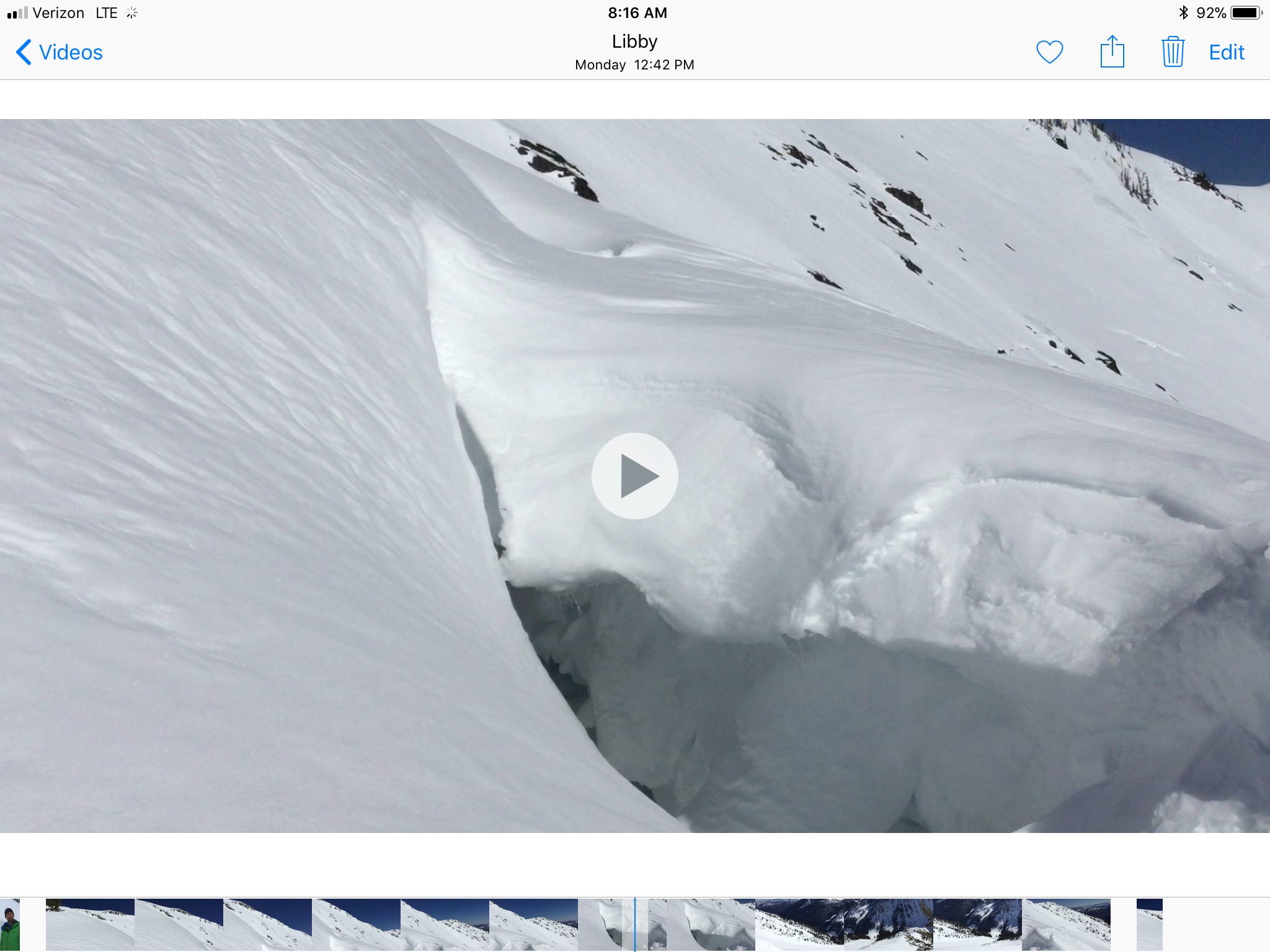 Cornice pulling away from ridgeline at 6,500' in East Cabinets.

On March 15th I went to Flatiron Mountain in the Purcell Range to see how things were progressing in the thinner snowpack of the Yaak country. Stability tests revealed 3 weak layers in the snowpack on north aspects, the primary concern for me is still the deep weak layer of graupel and facets that is resting on the February rain crust.  We have been talking about it for awhile now as a low likelihood-high consequence problem.  It has been a few weeks since this layer has shown any reactivity in the thick snow of the Cabinet Ranges where it is buried 5-6' deep, the Purcells however are a different animal. It is much closer to the surface and the weak grains are slow to heal. Below treeline the cycle of warm days and cold nights have done an excellent job of stabilizing the snowpack. Most of the loose snow that we recieved last Friday has been reduced to a layer of crustiness and slop that makes for safe (and not very fun) skiing conditions.

On Tuesday March 12th we travelled into the Eastern Cabinets. On the way in we had a good look at multiple aspects in the high terrain and I was quite surprised by the lack of "loose-wet" slide evidence despite the recent warm temperatures. It seems as though the high winds on Friday had stripped most of the new snow off of the southwesterly aspects down to the firmer layers below. For this reason most of the "loose-wet" slide activity was observed on easterly slopes where the new snow had been deposited, these slides where mostly originating below steep and rocky terrain. The recent storm snow and wind slab is showing a low likelihood of triggering in stability tests. We did observe some thin crowns in very steep, leeward terrain that appeared to be a couple of days old.

Climbing into the high terrain above treeline we are seeing an abundance of "glide cracks" opening up in areas where the snowpack is resting on rock slabs or smooth bed surfaces of bear grass. There is also some fairly significant cornice development hanging over the northeast aspects. The cold nights will help keep these issues locked together; but, as I mentioned earlier, expect them to start moving during the warm afternoon hours. If we get into a cycle of continuous warm weather or mountain rains the probability of these problems coming to life will increase. Again, the best way to deal with this problem is to avoid being underneath of it. 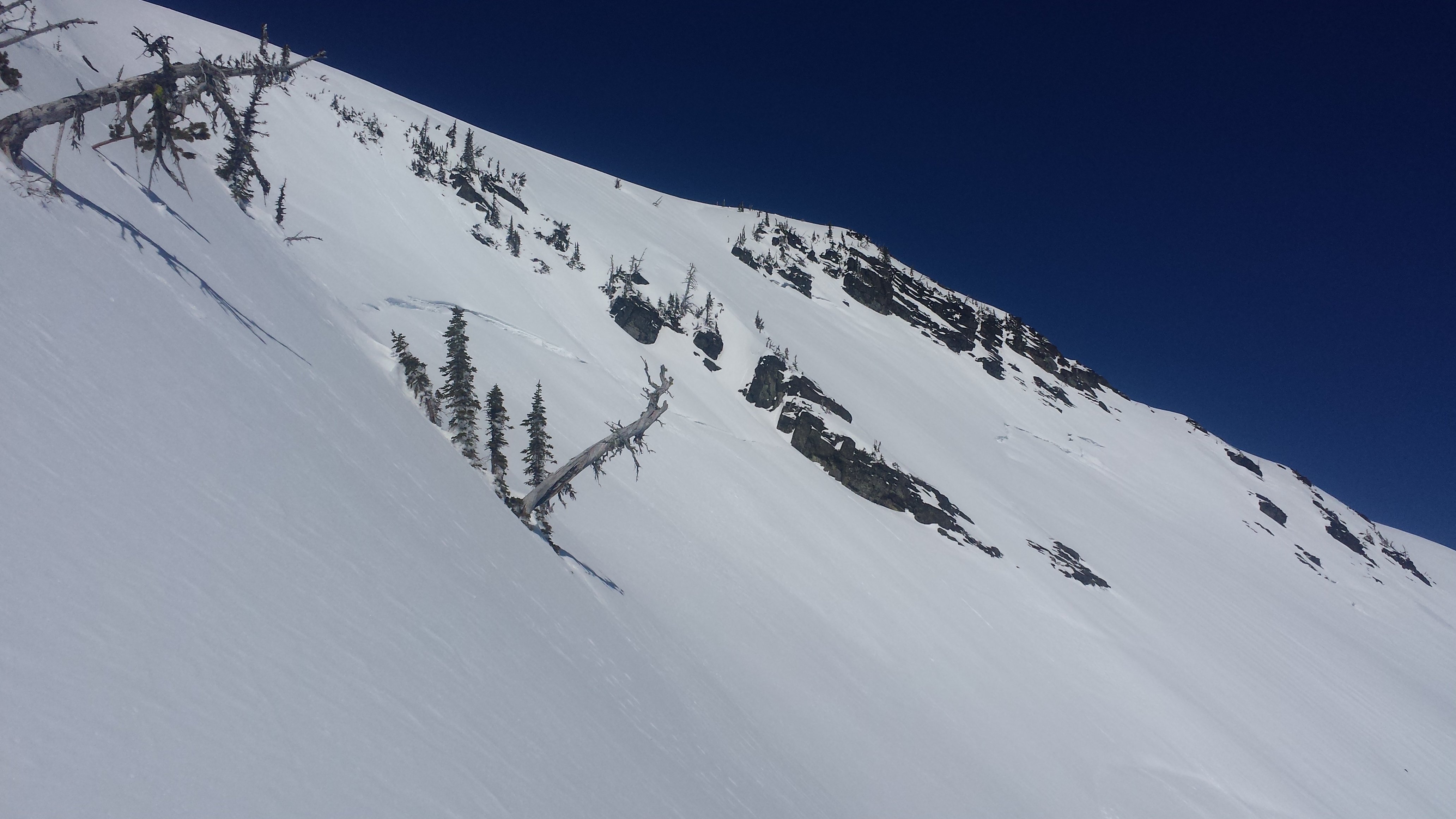 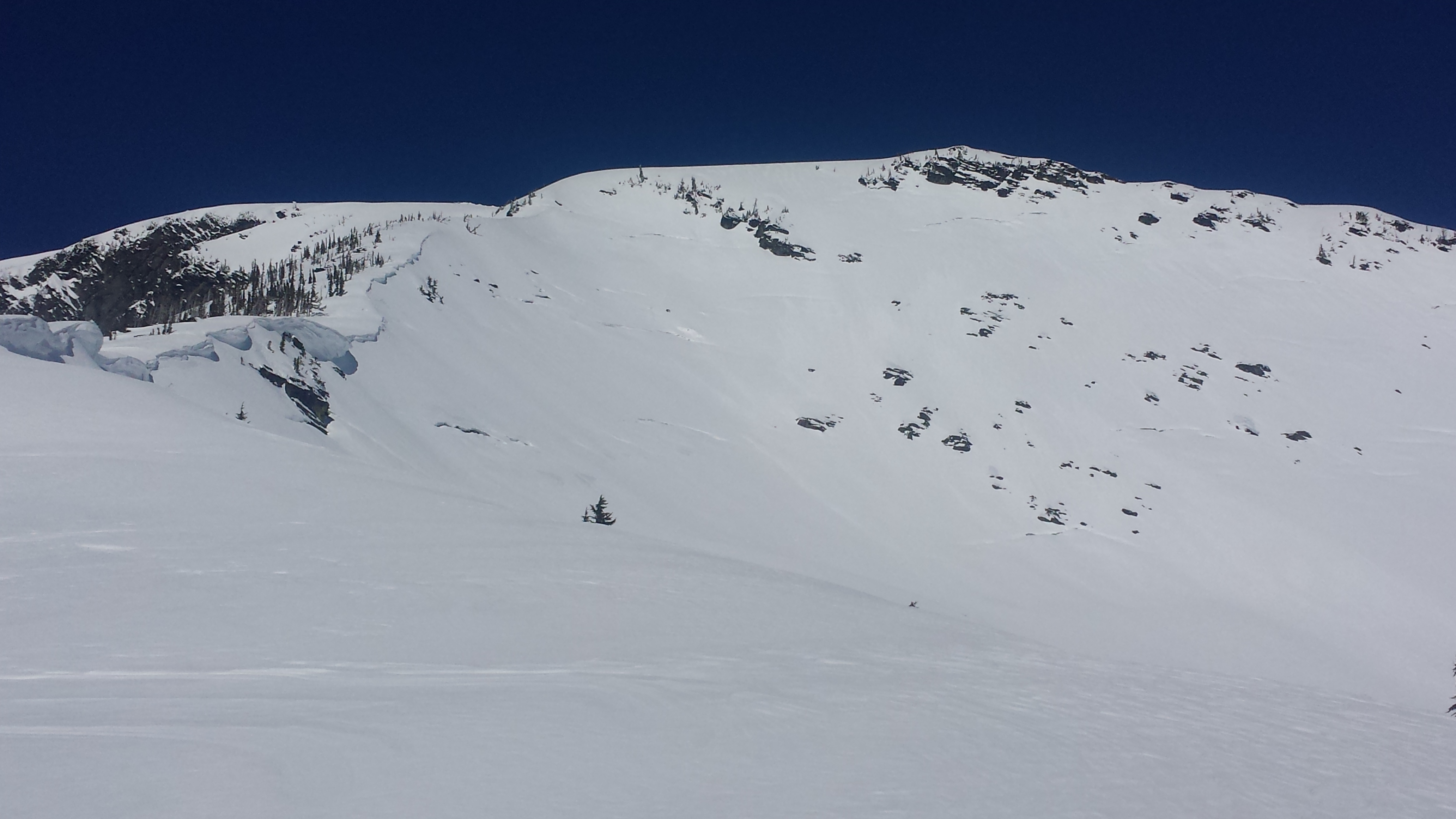