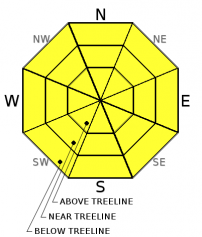 The most recent storm has created wind slabs on north-easterly facing terrain at treeline and above. Avoid steep terrrain on these aspects near ridge-lines and pay attention to gullies that may be "cross-loaded" in steep, open terrain. The recent loading has also caused the persistent weak layers to become more reactive in areas where the snowpack is thin and weak. Use caution in areas where the snow is thin and pay attention to collapsing and cracking snow as you travel.

The most recent storm has created wind slabs on north-easterly facing terrain at treeline and above. Avoid steep terrrain on these aspects near ridge-lines and pay attention to gullies that may be "cross-loaded" in steep, open terrain. The recent loading has also caused the persistent weak layers to become more reactive in areas where the snowpack is thin and weak. Use caution in areas where the snow is thin and pay attention to collapsing and cracking snow as you travel.

The storm that rolled in on the 29th came in with strong winds out of the southwest which formed slabs on leeward terrain. Our observations on the 31st revealed that these slabs are begining to gain strength and become less reactive with time. We observed one crown that released naturally due to this loading, likely released during or shortly after the storm. See photo below. It would be wise to continue avoiding steep slopes (over 30°) on north and east aspects for a few more days until this potential decreases.

Natural release at 7,500 on NE aspect

The "persistent slab" problem is one that has been pretty widespread across the region and elsewhere for a while now. With the new loading from Saturdays storm these deeper weak layers have become more active again in stability tests as they adjust the additional weight. As I mentioned in past forecasts, this problem is especially a concern in the Purcell Range and more northerly spots of our forecast area due to the thinner snowpack. These layers are also prevalent at lower elevations and were quite reactive yesterday in isolated locations below 5,000'. Not a huge concern below treeline due to the fact that the snowpack is still well anchored by vegetation at these lower elevations. Best advice is to use caution in steep, open areas where there is an obvious lack of vegetation at lower elevations. At upper elevations be alert to areas where the snowpack is thin as these will be likely trigger spots for the deeper weak layers. Be patient, and after any storm and give the snowpack time to adjust to the added stress before venturing into steep terrain.

Yesterdays tour capped 2018 with short glimpses of the rarely seen sun in Lincoln County, a fine way to end the year! We began the climb at 3,500' on a new and very supportive rain crust that was prevalent up to 4,800'. As the crust dissipated and transitioned to a layer of dense, new snow we began to hear audible collapses in open areas up to 5,000'. Through this narrow band of elevation it seemed that the persistent weaknesses (facets and crust layers) were still trying to adapt to the recent loading from the last storm. Stability tests revealed a layer of sugary snow on the upper-most melt/freeze crust that failed and propagated with moderate force (photo below). Again, I am not super concerned at the lower elevations due to the vegetative anchoring; but, worth paying attention to in areas with minimal vegetation. 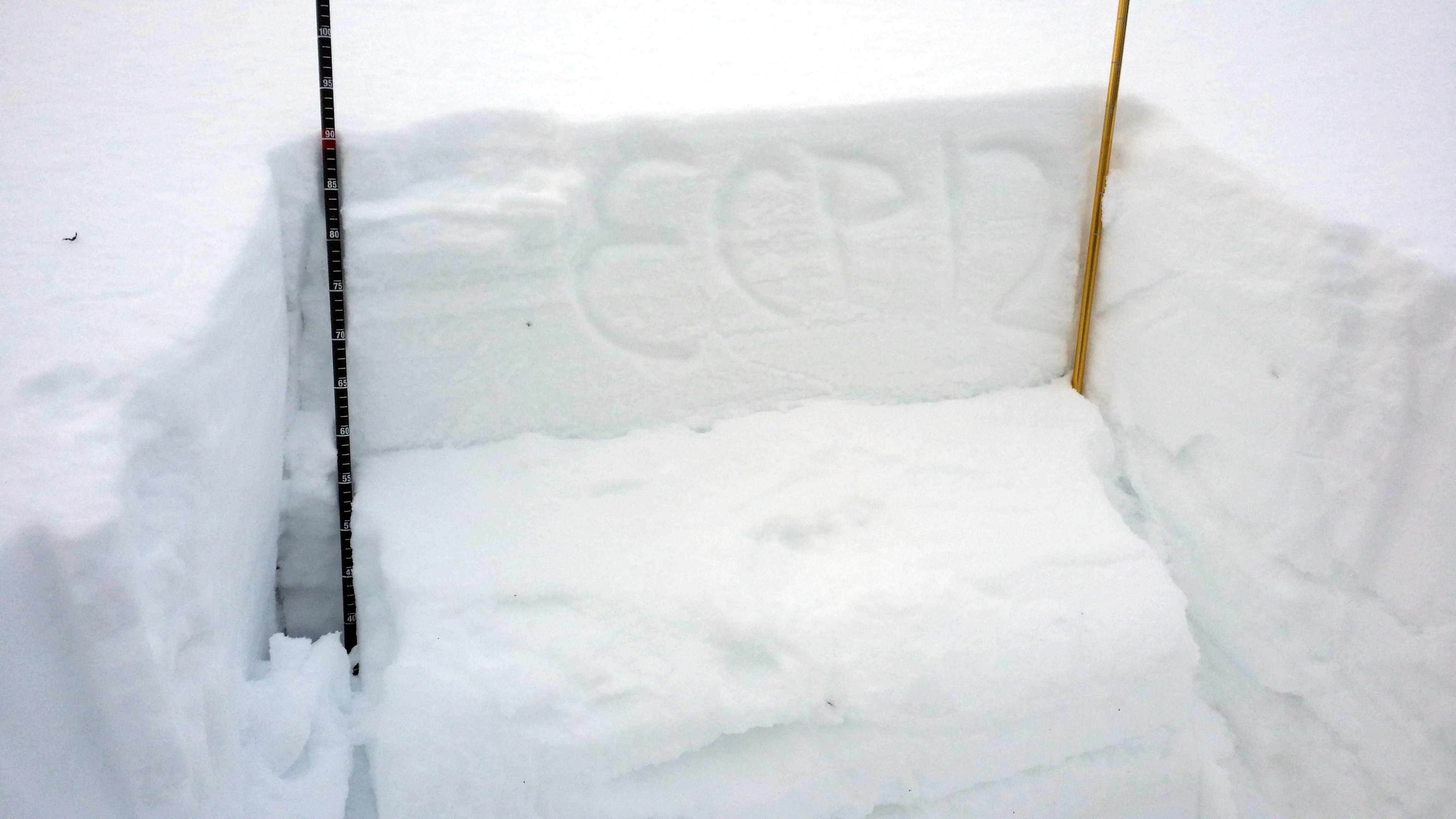 As we travelled above the rain-crust from the last storm the snow actually became more predictable and settled. The most recent storm came in warm, windy and then cooled off as the storm exited the area. This has allowed the new snow to bond to the existing snowpack relatively quickly and I observed very little concern with the new storm snow other than the obvious wind loading issue. Stability tests at upper elevations verified this. There were some failures on density changes between the new snow and old snow but nothing that was showing a likelihood to propagate into a slab avalanche.

The winds howled out of the south-west Saturday night and there were obvious signs of wind loading on north-east terrain. We observed one natural crown and lots of loose snow sloughing in the steep, rocky terrain. The wind-slab would remain my primary concern until it has a little more time to stabilize.

The upcoming week looks pretty uneventful as far as weather is concerned, this should give the snowpack time to adjust and stabilize to the recent loading. Starting Thursday and into the weekend we will potentially start to see more storm systems enter the area. Stay tuned, Happy New Year and thanks for reading!!