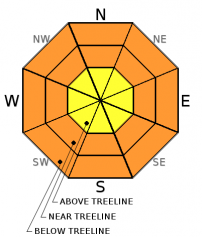 Buried surface hoar under a cohesive slab layer are prevalant at treeline and below across the forest. The avalanche Danger will be CONSIDERABLE at treeline and below in the Purcells and East Cabinets. In the West Cabinets the danger is MODERATE with pockets of CONSIDERABLE danger. Use caution and practice safe travel habits to minimize exposure and likelihood of triggering this weak layer.

Buried surface hoar under a cohesive slab layer are prevalant at treeline and below across the forest. The avalanche Danger will be CONSIDERABLE at treeline and below in the Purcells and East Cabinets. In the West Cabinets the danger is MODERATE with pockets of CONSIDERABLE danger. Use caution and practice safe travel habits to minimize exposure and likelihood of triggering this weak layer.

There is now a cohesive slab of snow overlying a layer of weak surface hoar crystals. This slab will be easiest to trigger in the East Cabinets and the Purcell Range at treeline and below. In the West Cabinets this layer is becoming stubborn and resistant; however, it is also much thicker and will result in a larger, more dangerous avalanche if you find the sweet spot and release it. This layer can be hard to predict so continue to use safe travel habits when riding steep slopes to minimize the risk of triggering this weak layer.

This week the mountains of the Kootenai were under strong west and southwesterly winds and fresh snow. Skiers in the East Cabinets reported 20+mph winds on Tuesday with pockets of wind slab releasing in steep terrain. These wind slabs continued to build through Thursday in the high terrain. Use caution in steep terrain directly below ridgelines where snow may have formed dense and reactive slabs.

The Purcell Range continues to harbor weak sugary snow at the base of the snowpack. It is showing strength as the crystals round out and chain together. It continues to be a low likelihood-high consequence problem to monitor. Trigggering this weak layer will be most likely in a thin spot on a steep open slope at and above treeline. This layer may become more senstive during a recent loading event such as heavy snowfall or rain.

With a weather pattern on the horizon that looks pretty mellow this week the snowpack should continue to stabilize and become more resistant to triggers. Right now there is a wide variance in size, distribution and sensitivity of the buried surface hoar across our 3 mountain ranges so I will break down the issues by Range for those who care to know the details.

West Cabinets and terrain close to the Idaho border has recieved multiple shots of snow since Thursday the 17th, this has made the surface hoar less reactive and more difficult to trigger; however, it has also made a thicker slab (approximately 18") than will be more destructive if triggered. I would say the danger in the West Cabinets is of MODERATE danger with pockets of CONSIDERABLE. The surface hoar is about a 1cm tall and most prevelant below 5,500'. It was producing lots of noise and cracking yesterday below this elevation, pit results revealed it is likely to propagate if triggered and failed with moderate force (ECTP20).

The East Cabinets are harboring surface hoar crystals up to 6,500' on sheltered slopes (north and easterly aspects) and up to 5,000' on south and west aspects where the inversion layer kept it shaded. The crystals are large (1-1.5" tall) and were described by a fellow skier as "Magnum sized potato chips". This will make the weak layer easier to trigger and slower to heal. This problem is exacerbated by the fact that the East Cabinets also have a pronounced crust layer below these crystals up to about 5,500'. Expect the snow to show lots of signs and symptoms of instability at treeline and below in the East Cabinets or Purcells, this is the primary reason for the CONSIDERABLE rating across the area. Be very wary of steep terrain between 4,000' and 6,500' in the East Cabinets and avoid terrain traps such as steep sided gullies or steep openings surrounded by timber that helped preserve this surface hoar layer.

Purcell Range. Half the snow and twice the problems right now. On Monday in the NW Peaks area we observed surface hoar over an 1" tall that was buried under a scant 2-4" of light snow. It is likely to be found below the 6,500' mark and most prevelant in sheltered and shady locations. The area picked up 8" of fresh snow on Wednesday that will have created strong potential to realease thin and reactive soft slab avalanches. It is unlikely they will be large but will have plenty of potential to sweep an unsuspecting rider down the hill in steep terrain. As I mentioned above, the Purcells are also harboring weak snow at the base of the pack due to its thin nature and cooler climate. The Hawkins lake snotel site at 6,400' is recording half the snow that Bear Mountain has at 5,400', seems like two different planets right now. 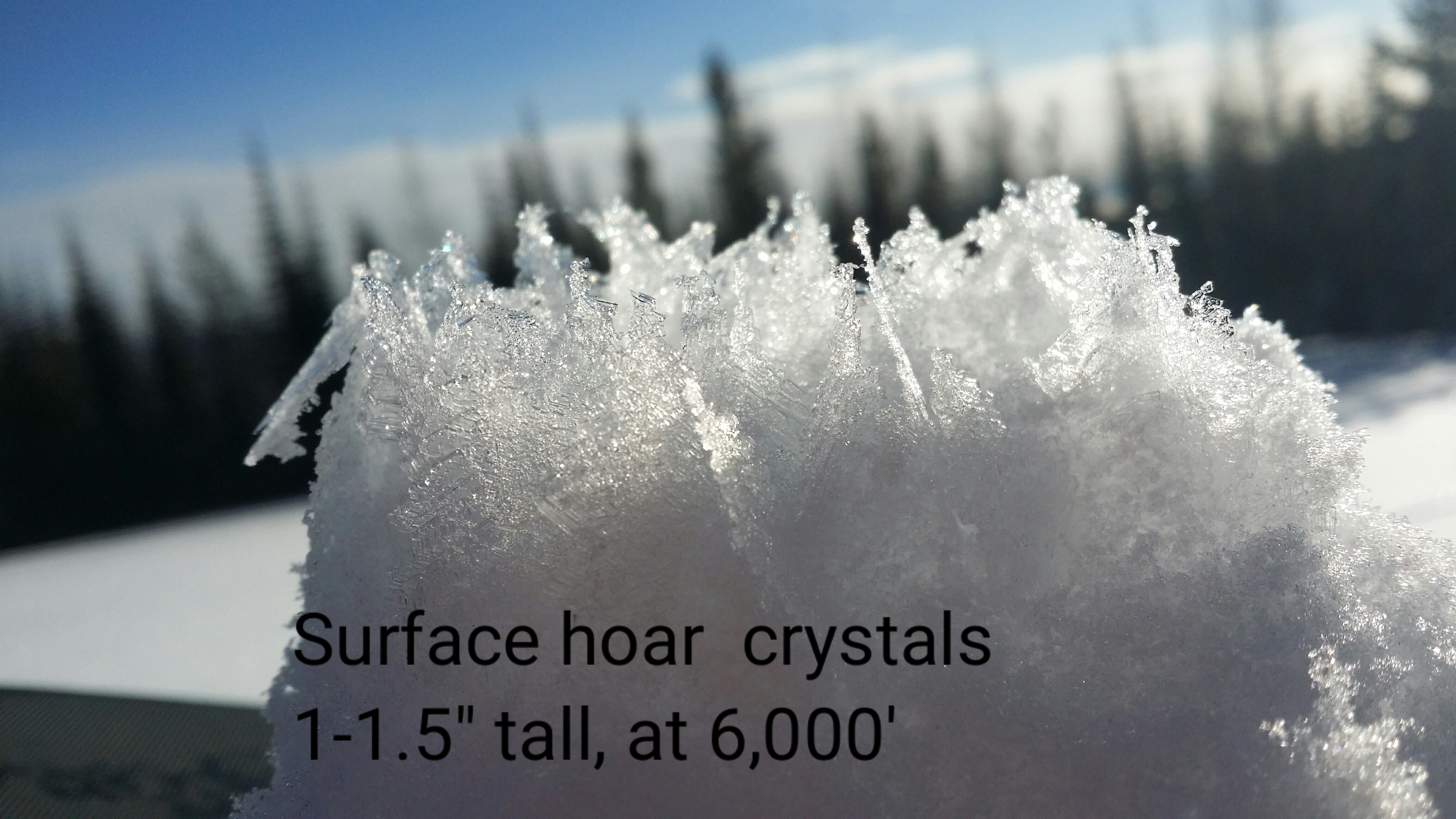 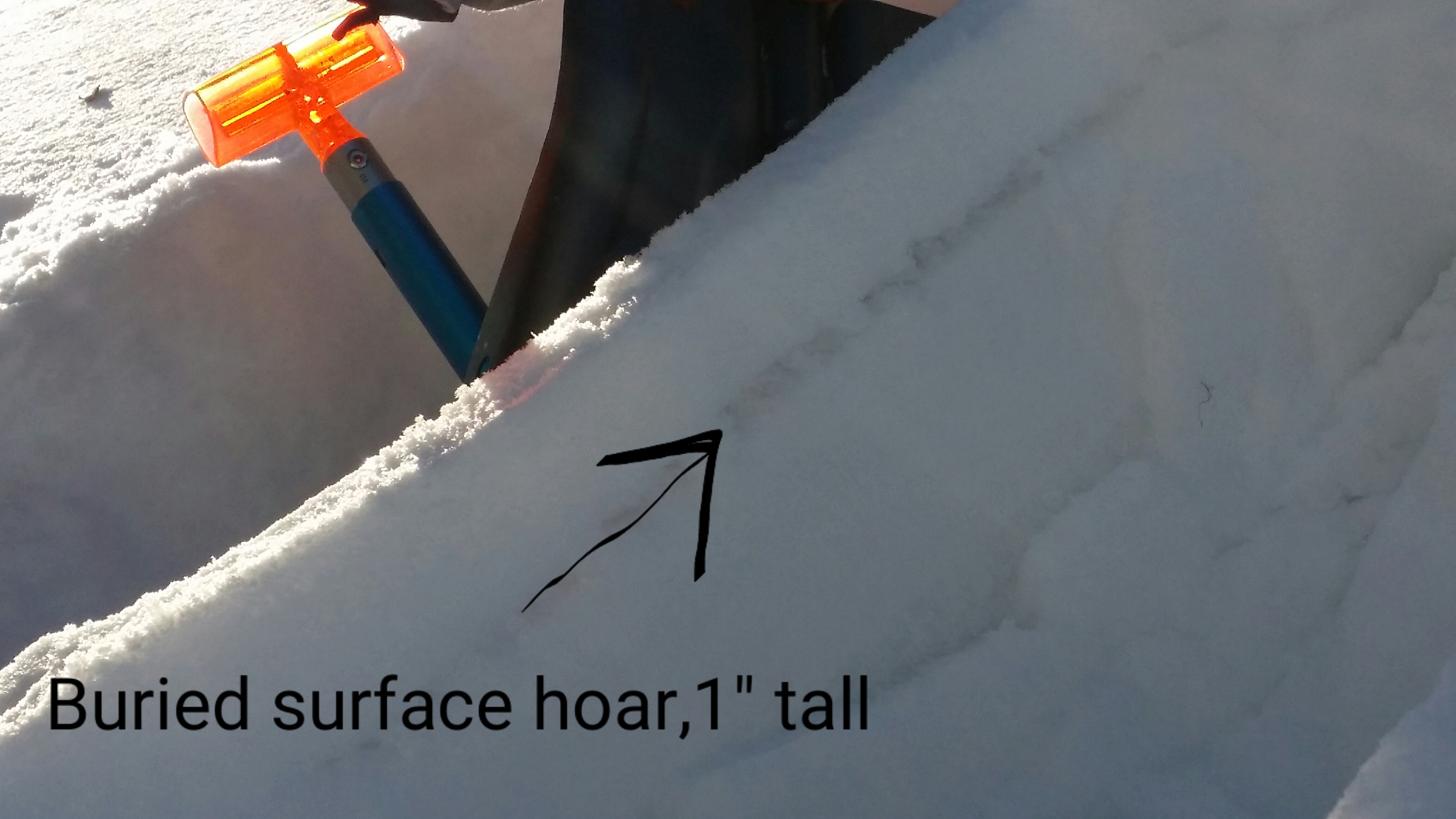