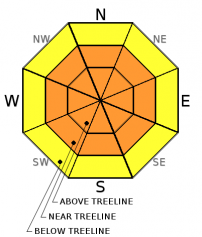 Strong south-westerly winds combined with additional snowfall will create sensitive windslabs on steep, leeward terrain. These slabs will continue to build through Friday. New storm snow will also raise the avalanche hazard going into the weekend as new, dense snow will create a cohesive slab layer and add stress to the existing weak layers within the snowpack. Give the snowpack time to adjust to this change and avoid steep terrain (over 30°) through the weekend.

Strong south-westerly winds combined with additional snowfall will create sensitive windslabs on steep, leeward terrain. These slabs will continue to build through Friday. New storm snow will also raise the avalanche hazard going into the weekend as new, dense snow will create a cohesive slab layer and add stress to the existing weak layers within the snowpack. Give the snowpack time to adjust to this change and avoid steep terrain (over 30°) through the weekend.

Strong southwest winds and fresh snow. It was blowing yesterday and will continue through the day Friday, it's all the ingredients required to create sensitive windslabs in steep terrain on north and east facing aspects. Avoid steep terrain at and below ridgeline on these aspects, also use caution in gullies and chutes that may have been "cross-loaded" by these winds. Look for pillows of dense snow that cracks under your machine or skis. Check out the youtube video below to see the windslabs on Flatiron mountain yesterday. 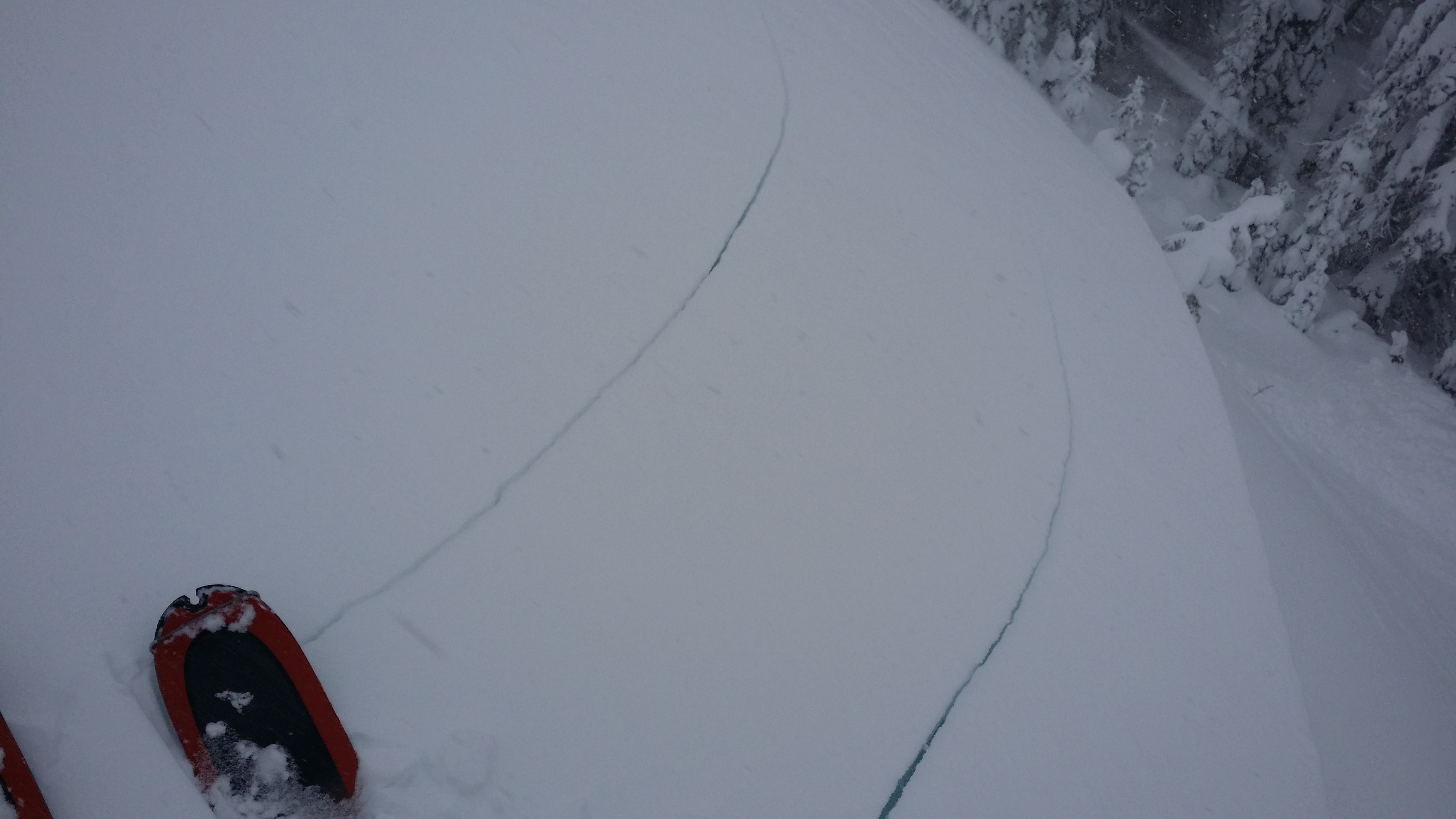 Bear Mountain is once again the winner in the most recent snowfall competition. It has picked up 9" of new snow since this most recent storm rolled in and is likely to pick up 4-9" during the day Friday. The new snow is coming in relatively warm, dense and will likely form a cohesive slab layer that could be touchy through the weekend as the snow continues to fall.  Again, give it time and find some lower angle terrain and trees to play in until the new snow settles.

I know I sound like a broken record; but, the persistent weak layers are still out there and with more loading they will become more reactive. The Purcell Range of the Yaak is where these layers are mostly a concern. The snowpack is thin and the air is generally cooler compared to the Cabinet Mountains further south. On Flatiron Mountian yesterday we observed a layer of decomposing crust with facets and depth hoar(large, sugary crystals) at the ground. In the Cabinets I am really only seeing these weaknesses in areas where the snowpack is thin or wind scoured. Lower elevations below 5,000' or in spots scoured by the wind near ridgelines. The best way to manage this problem is again to avoid steep terrain during and immediatly after storms that add weight and stress to the snowpack. Use caution in areas where the snowpack is thinner and poorly anchored (wind-scoured and devoid of vegetation) as these will be likely "trigger spots" for these deeper weak-layers.

First of all I would like to apologize to my readers, the last few forecast have not been specific to our area. Due to a little mis-communication the Kootenai Advisory has been "lumped together" with the Panhandle forecast, and the forecast I was writing was being over-written by forecast for the Panhandle area. Yes, the Government is shutdown but the Kootenai forecasts will continue and will be specific to our area.

So, the story for our area this weekend is yet another storm system that is coming in with southwest winds, relatively warm temperatures and dense snow. It seems to be a pattern this year and with that we have a snowline that will continue to hover around 4,000' with valley rains. There is a lot of variability across the forest in the depth of snowpack and with that the avalanche issues vary as well. The snowpack in the East and West Cabinets is twice as thick as the Purcell Range and consequently is harboring fewer persistent weak layers. Both ranges are seeing the wind though and with the Cabinets recieving more snow the slabs will likely be thicker, more sensitive and more dangerous in steep terrain.

Yesterdays observations on Flatiron revealed some very weak sugary snow at the base of the snowpack that failed with light to moderate force and a decomposing crust/sugar combo 11" below the surface. Again these weaknesses are more active during and after they take on the stress of new snow/rain loading. Give them some time to adapt. Earlier in the week I travelled into the East Cabinets where I observed some collapsing and cracking on weak layers at elevations between 4,500' and 5,000' where the rain crust dissipated and transitioned into a layer of thick dense snow overlying a similiar crust/facet combo. At upper elevations in the Cabinets the snow was thick and generally "right-side up" (light on top and dense on bottom) and showed no reactive weak layers.