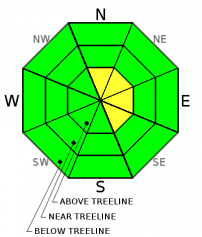 Breezy winds have blown out the surface hoar on exposed slopes and firm bed surface exists due to Feb 1 ice crust and wind effect.  Sheltered areas may have small surface hoar formation.  New snow on the way with forecasted accumulations through the weekend.

Breezy winds have blown out the surface hoar on exposed slopes and firm bed surface exists due to Feb 1 ice crust and wind effect.  Sheltered areas may have small surface hoar formation.  New snow on the way with forecasted accumulations through the weekend.

Breezy conditions Thursday have transported some snow at upper ridgetops creating some minimal wind slabs and exposing the February crust.  With the new snow coming in with breezy SW winds there will be windslab build up on the NE aspects today and through the outlook period through Sunday with most snow coming in Saturday and Saturday night.  Depending on how much snow there could be some significant windloading atop a firm crust.  Watch for the cracking and make observations as you travel to avoid these areas and always consider what is above you that you may not be seeing.

Seven inches of new snow overnight in the Cabinets and one inch of new snow in the Selkirks will increase the storm slab potential on leeward slopes in the upper elevations and on all aspects on mid elevations.  Watch the bonds and observe if intensity increases and things are changing rapidly as you are out.  It is going to take a little time for the new snow load to adjust and bond with existing surface.  Things could become touchy with rapid accumulations.  You could run into isolated areas of storm slab on a weak surface hoar layer that formed periodically since Monday due to the clear weather.  This could be tricky to find so dont base your decisions on one observation or area.

At 6500 feet in the Bitteroots, there is a soft storm slab atop of an ice crust with decent bond and some building surface hoar 2mm thick on the surface observed Thursday.  Watch for snow accumulations on that layer.  It was softer on Thursday but expect a slab to develop with increasing windy and snowfall conditions.

The Cabinet Mountains had a bit of wind Thursday and the new snow and wind slabs will be sitting atop a pretty firm bed surface.  7 inches of snow reported at Bear Mountain snotel overnight in the West Cabinets.  One inch in the Selkirks and 5 at Lookout.  The surface hoar was reported to be abundant in the Selkirks and Bitteroots, however in the Cabinets I observed much wind that was taking care of that problem but it could still remain buried at this time in the Western Cabinets under the new snow from last night. 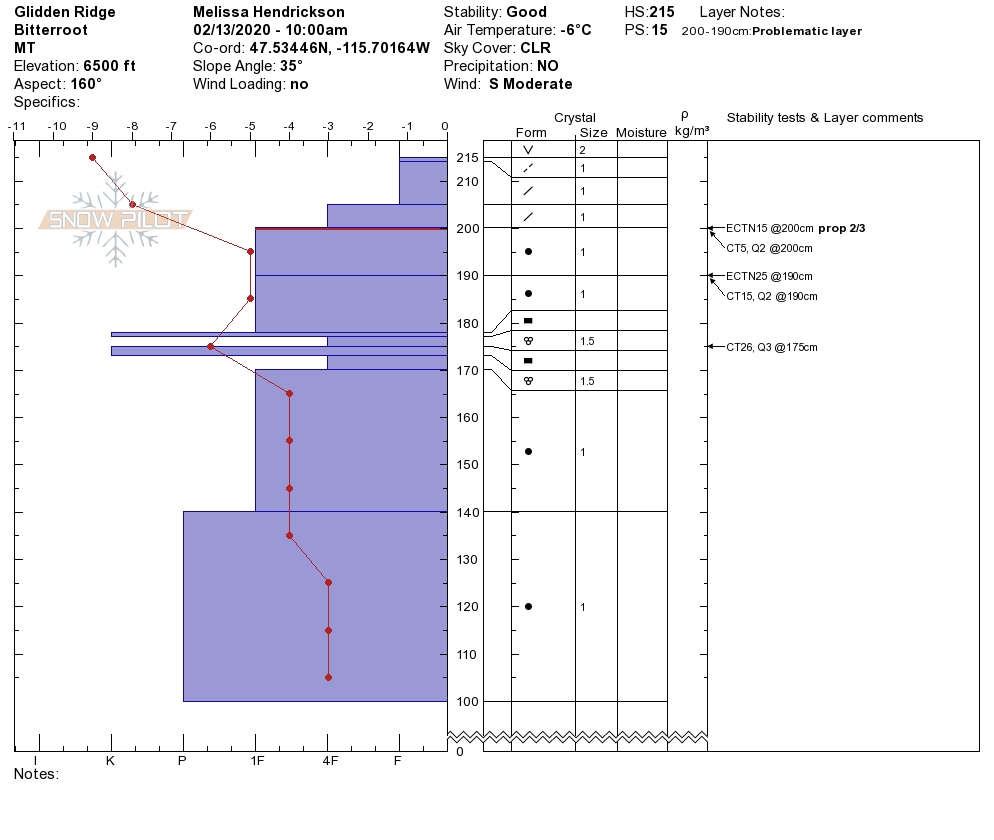 .SYNOPSIS...
A weather system will bring breezy conditions and mountain showers
today. A wetter and windy system is expected over the weekend.
The chance of mountain snow continues into early next week with
seasonal temperatures.

.DISCUSSION...
Today: Our frontal system passed through the region yesterday
evening, with scattered post-frontal showers currently moving
through the Cascades, far eastern Washington and north Idaho. The
heaviest precipitation activity has been along the Cascade crest and
over the central Idaho Panhandle mountains, where webcams have shown
snowfall covering roads over Stevens and Lookout Passes. Winter
Weather Advisories will remain in effect for these locations until
later today. Elsewhere, mainly dry weather is expected today with
breezy southwest winds of 25-35 mph across the Columbia Basin, the
Palouse, and into the Spokane area. Look for highs generally in the
40s to around 50 degrees across the lowlands today.

Saturday into Sunday: Our next storm system will arrive over the
weekend in two impulses. The first wave arrives Friday night into
Saturday morning, will be the weaker of the two and move through the
region rather rapidly. Given the overnight timing of this first
wave, any precipitation that falls will likely be in the form of
snow, with generally light accumulations expected.

The 2nd impulse arrives later in the day Saturday, with the heaviest
precipitation overnight into Sunday morning then waning through the
day. The trend the last few days has been to lower precipitation
totals, and that trend carried into today`s forecast. Forecast
confidence has been low especially related to precipitation type
with this storm, and that remains unchanged. Forecast soundings
are suggesting minimal heating during the day Saturday due to
extensive cloud cover, favoring more widespread and heavier snow.
This is in contrast to straight model guidance suggesting warmer
temperatures, and thus lower snow totals (or in some locations,
straight rain).

We have the highest confidence in heavy snow over the central Idaho
Panhandle mountains, the Blue Mountains, and over the Cascades. Snow
totals across eastern Washington and the north Idaho Panhandle
remains quite uncertain. Breezy winds are also expected during this
timeframe, but the trend on these winds has also been on the
decrease in recent model runs.
Dang

Monday through Friday: On Monday, the last of the wet weather moves
through southeastern Idaho Panhandle and the Cascade crest as light
remnants of snow moves out of the region. After the trough`s
departure, a ridge will build over the western coast and flattens
mid-week over the Pacific Northwest. With this ridge, it will be a
mild week with near seasonal temperatures and precipitation free.
Highs will be in the upper 30s to mid-40s with lows in the teens
to 20s. Still uncertain about late next week due to the influence
of the southwestern US, but its appearing to become a greater
possibility for a shortwave and a chance for our next system.
However, too soon for much confidence as there is little agreement
amongst models in the approach of our next round of
precipitation. JS