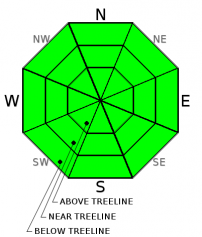 Stable snowpack conditions will be found across the area on Tuesday. By Tuesday evening anticitpate the Avalanche Hazard to rise as modest amounts of storm-snow are forecast to fall Tuesday afternoon and evening. Thin storm slabs will likely develop and slide easily on the existing snow surface by Wednesday. Pay close attention to south and west aspects going forward where there is now a crust layer at all elevations.

Stable snowpack conditions will be found across the area on Tuesday. By Tuesday evening anticitpate the Avalanche Hazard to rise as modest amounts of storm-snow are forecast to fall Tuesday afternoon and evening. Thin storm slabs will likely develop and slide easily on the existing snow surface by Wednesday. Pay close attention to south and west aspects going forward where there is now a crust layer at all elevations.

There is a consistent weak spot in the snowpack approximately 1 foot below the surface that sits under the week-old storm snow interface. It is unlikely to cause a problem moving forward and continues to strengthen with time. This layer shows up consistently across the area in compression tests but shows very-low likelihood of propagation or triggering an avalanche.

Early last week the area started out with significant wind loading and storm slab issues and those problems have all settled down and left us with a very stable snowpack on Monday. Yesterdays results and observations all inspired more confidence in our snowpacks strength. The only consistent failure I have been seeing is in the interface under the last storm snow but it is not a big concern as it is unlikely to propagate and has gained alot of strength with a week of mild temperatures. Some of the deeper weak layers that we have been tracking all season consist of the November 19th rain crust  and buried surface hoar from early January. The crust layer is still easy to get to in the thin snowpack of the Purcell Range but is highly unlikely to fail without a significant weather change such as a rain on snow event. I have not been able to find the buried surface hoar layer out there this past week despite extensive effort. It is deep and likley smashed by the multiple storm events we have seen in the past couple of weeks.

My concern right now is moving forward into Wednesday. On Monday we found crust layers on south and west aspects in open terrain and much of the shaded terrain had a very small layer of surface hoar growing on the snowpack. This will cause us some problems by Wednesday morning. Discussions with the Weather Service indicate that we can expect dense snow to fall mostly after mid-night at upper elevations in the East and West Cabinets. Between 4-8" will likely be the case with higher amounts on the highest peaks. It's not alot of snow; but, it's enough to take you for a ride and I expect it to be pretty reactive with the current bed surface that it will be resting on. The good news is that these surface instabilities will be easy to spot as you travel and will likely show themselves as you travel around. So, use caution on Wednesday and avoid steep terrain if you are seeing any signs of slab development, natural avalanches or cracking underfoot as you travel around.

The other problem we may see in the coming week will be temperature related. It appears that our "January Thaw" is coming and I would also anticipate the possibility of "loose-wet" avalanches below 5,000' later in the week. With a little new snow on a melt-freeze crust this problem will be most reactive on south and west aspects.

We observed multiple avalanche crowns yesterday that were all older and mostly buried by the last storm cycle. The biggest one on Bockman Peak can be seen in this photo. It released at about 7,000' and stepped down to a deeper layer on the left flank. 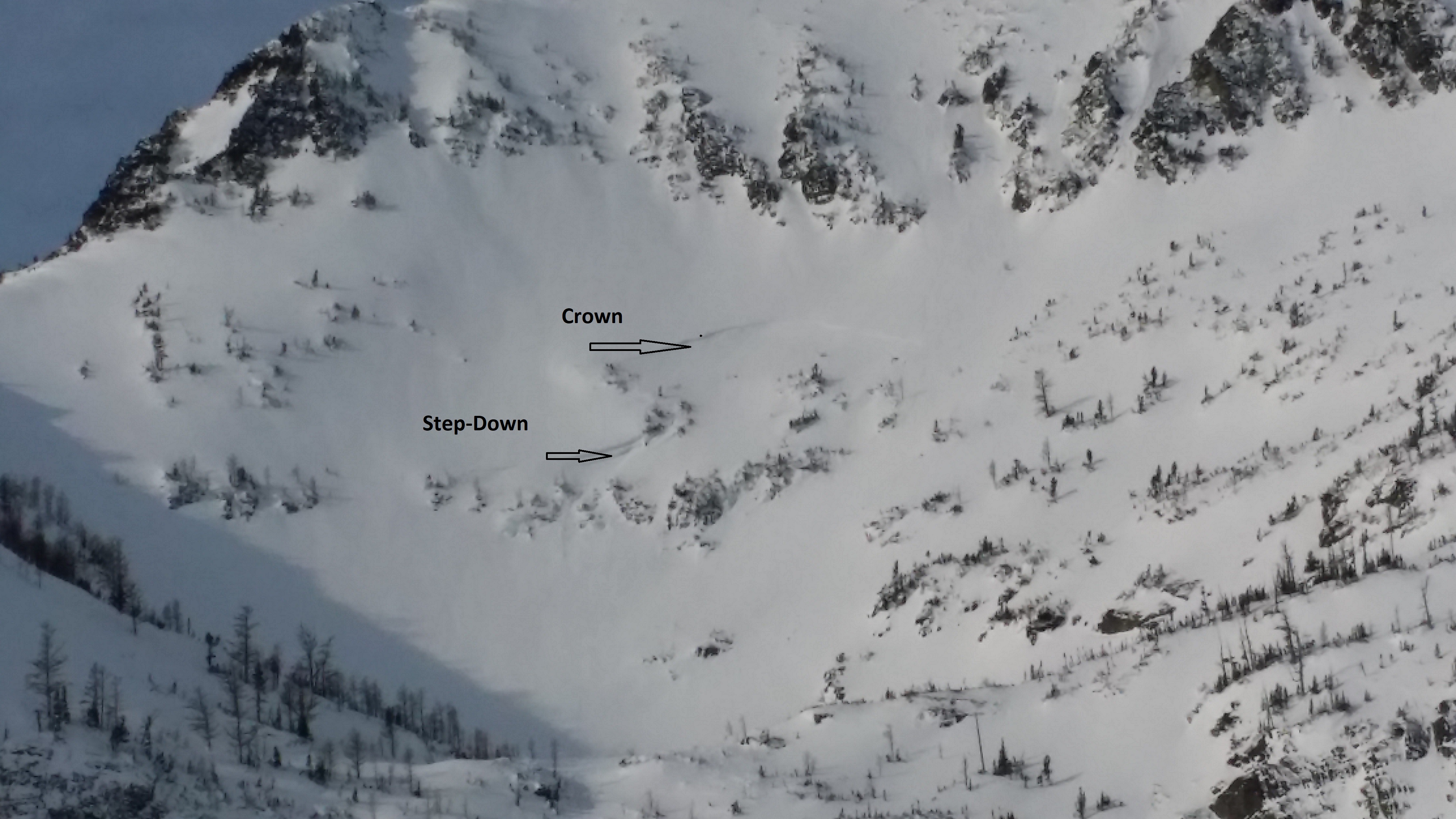 Big thanks to all of you that showed up for the "Intro to Avalanches" class on Friday and Saturday!!