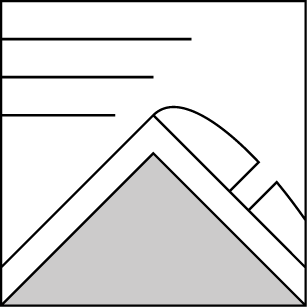 During the last 72 hours the mountains of the Kootenai National Forest have been subjected to strong erratic winds, rising temperatures and additional loading of fresh snow.  These factors have created potentially dangerous wind slabs and an "upside down" snowpack.  This scenario has left us with a dense and cohesive layer overlying the much lighter and less cohesive snow recieved during the previous week.  This layer will exibit a great deal of variance in reactivity across the Kootenai region.

Backcountry travelers will likely find this hazard on all aspects above 5,000' in elevation.  Areas that are open and exposed to the wind will be especially hazardous, slopes below ridgeline features and cross-loaded gullies should be approached with caution.  Pay attention to obvious signs of instability such as collapsing, shooting cracks and changes in snow surface density or appearance.  Don't be lulled into complacency by the areas that aren't showing signs of instability as this avalanche problem will be highly variable with subtle changes in exposure and location.

Today (December 20th) Nate and I toured into the Poorman Creek drainage and climbed up a southerly facing glade to the ridgeline.  Seven inches of fresh snow had fallen in this area and was much more dense and cohesive than the underlying snowpack.  Despite the "upside down" consistency of the snowpack we did not observe the same degree of hazard and reactivity that I had noted in my observations from Sunday.  The general winds were blowing out of the south at 3-7 MPH, as we climbed above the protection of the trees the gusts became stronger (20-30 MPH) and more erratic in direction.

Winds battling at the ridgeline near Cable Mountain, 7,000".

We dug a pit and performed stability tests on a southeast aspect at 6,500',  The top 16" of new snow failed on a graupel layer with moderate force, this layer did not propagate (ECTN 11).

On Sunday I traveled into the East Cabinets below McKay Mountain, we encountered high winds with gusts in excess of 30 MPH.  These winds were quickly forming thin and reactive slabs that increased in size and reactivity as we gained elevation.  We made the decision to turn around after climbing to 5,000' due to the hazardous conditions.  We observed shooting cracks, collapsing and small natural releases at this elevation.

A ski partner who was touring on Burnt Mountain near the Keeler Creek drainage reported much lighter winds (5-10 MPH). No obvious slabbing or reactivity was observed in this area.

DISCUSSION: Today will be a very snowy day, with snowfall intensity
tapering off tonight and tomorrow. The Clearwater, Bitterroot,
Mission, and Swan Mountains will see the most snow today with
over a foot likely. Very strong winds with gusts over 50 mph will
accompany the snow in many places. There is a good chance for some
banding to set up this evening and overnight, which may produce
locally high snow rates. Wednesday snow showers will linger, then
another, more moderate event is expected Thursday with 3 to 6
inches of snow expected in the mountains.